The Comedy Nosh at Max and Benny’s Restaurant and Deli in Northbrook Illinois is an excellent stand-up comedy dinner-and-a-show event in the North Shore suburbs of Chicago.

THE COMEDY NOSH IS ON EXTENDED HIATUS, THROUGHOUT THE COVID PANDEMIC AND DELTA VARIANT WAVE. WE LOOK FORWARD TO RETURNING TO MAX AND BENNY’S AS SOON AS IT IS SAFE TO DO SO.

Funnier By The Lake Comedy’s The Comedy Nosh is a monthly stand-up comedy dinner-and-a-show that continues a great tradition of comedy in Chicago, without the hassle and expense of traveling to and from the city. The Comedy Nosh, which debuted in February of 2017, delivers the same caliber of stand-up comedy that you will find in big cities like Chicago, New York, Las Vegas and Los Angeles. Comedians booked on The Comedy Nosh showcases are professionals that regularly appear throughout Chicago and across the nation.

In addition to the stellar lineups of comedians, attendees are served a full dinner, including soup or salad, an entree from a special menu, a drink of beer or wine, and dessert. 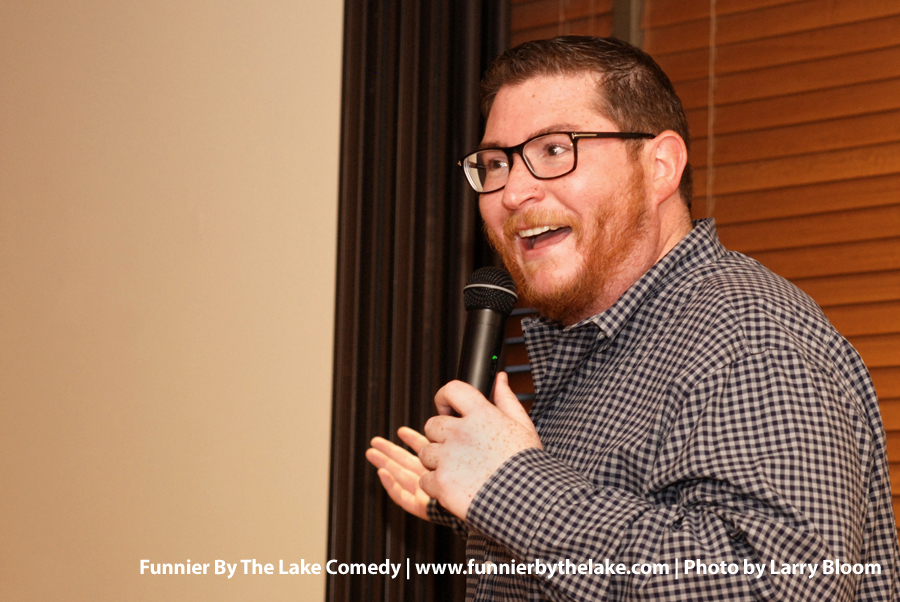 The Comedy Nosh stand-up comedy shows occur on the fourth Thursday of each month in the private event room of Max and Benny’s Restaurant, 461 Waukegan Road, Northbrook, Illinois.