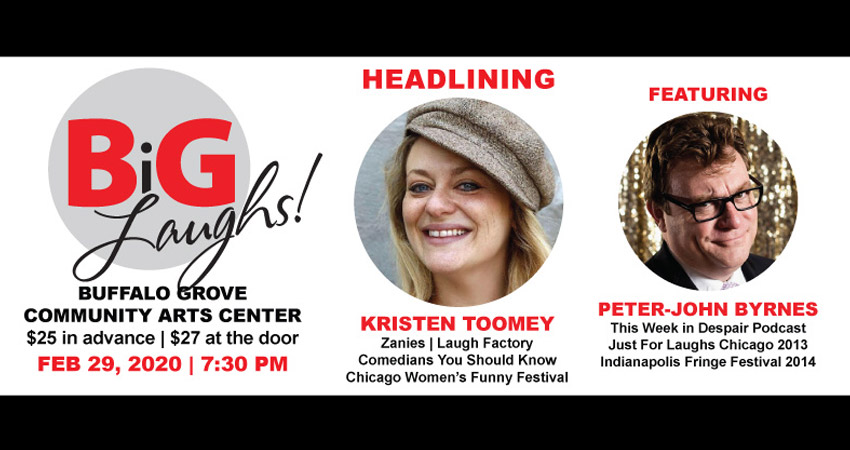 Purchase 1 ticket ONLINE and get a free ticket at the door!

Kristen Toomey’s comedy career began in 2008 in Chicago. Since then she has performed in L.A., New York City and everywhere in between. Her commanding stage presence and energetic, expressive and truthful style of comedy are just a few of the reasons entertainment website, The A.V. Club, said “Kristen Toomey is a Chicago original.”

She was a founding member of the all-female “Hoo-Ha Comedy” troupe and the first female producer of “Comedians You Should Know.” She has performed at numerous festivals, including the Chicago Women’s Funny Festival, Turnbuckle Comedy & Music Festival, and Oddball Festival. She has also performed at the all-male Danville Correctional Center and all-female Logan Correctional Center in Illinois.

Kristen’s been a guest on journalist and author, Dan Savage’s, Savage Love Live and is a regular on the late-night comedy show “Man of the People with Pat Tomasulo.” She is an actress as well, most recently appearing on an episode of “Chicago Med.” She is the former co-host of the podcast “BUTTHURT with Kristen Toomey & Danny Rhodes” produced by Laugh Factory Chicago, which is also her home club.

Peter-john Byrnes has been described as having “a voice both hilarious and at times uncomfortable in the best of ways.” He eschews typical subject matter in favor of informing audiences about the inevitability of human decline, the end of civilization, and other light-hearted fare. He also uses words like “eschews.” He averages about two H.P. Lovecraft references a show.

Byrnes started performing stand-up professionally in 1985 at the age of seventeen and continues to this day, with the occasional decade of inactivity. He has opened for the likes of Orlando Jones, Cameron Esposito, Dan Telfer, and Hari Kondabolu. Festival appearances include Limestone Comedy Festival 2013, Just For Laughs Chicago 2013, and the Arch City Comedy Festival 2015.

Byrnes is the host of the comedy podcast This Week in Despair, which gets downloaded in all 50 states and (at last count) 50 foreign countries around the world. He is inexplicably popular in Finland.

Tickets available at bigdealproductions.org. Recommended for ages 18 and older. 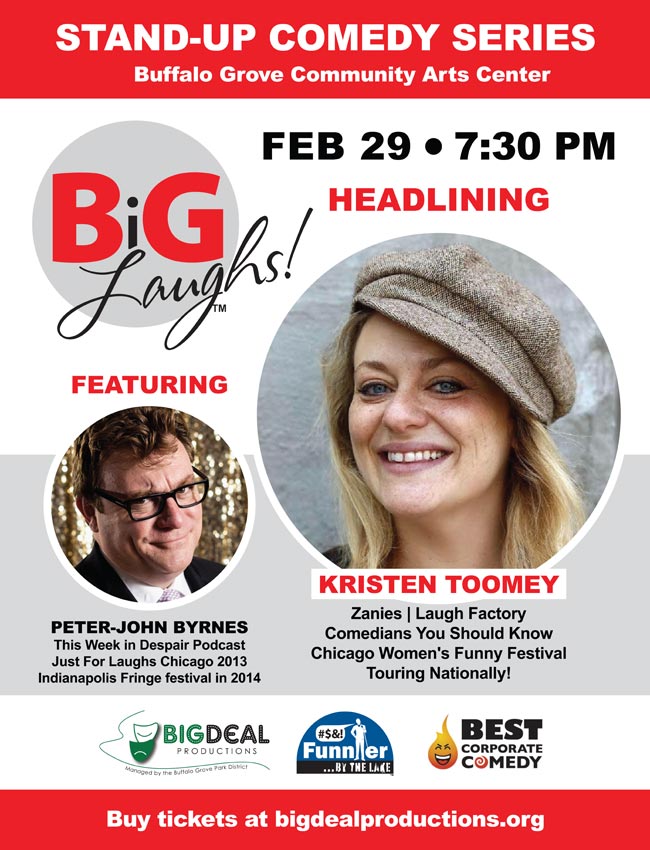