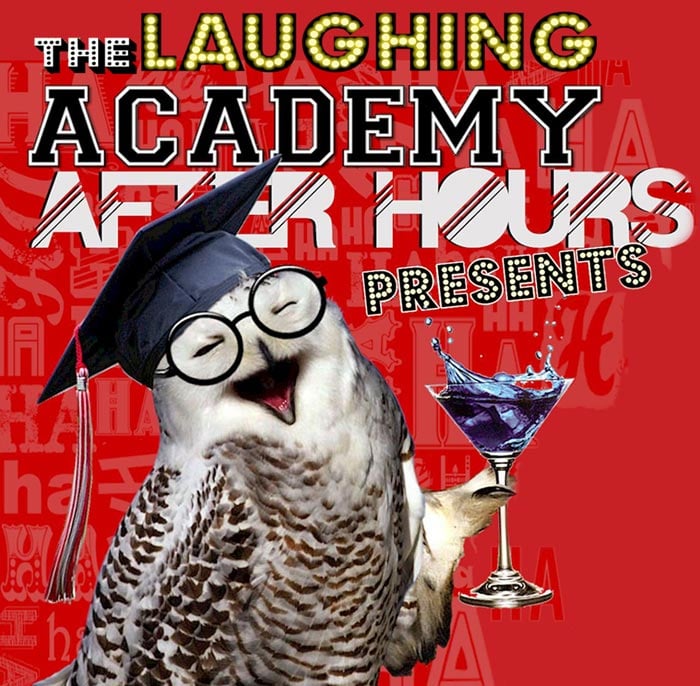 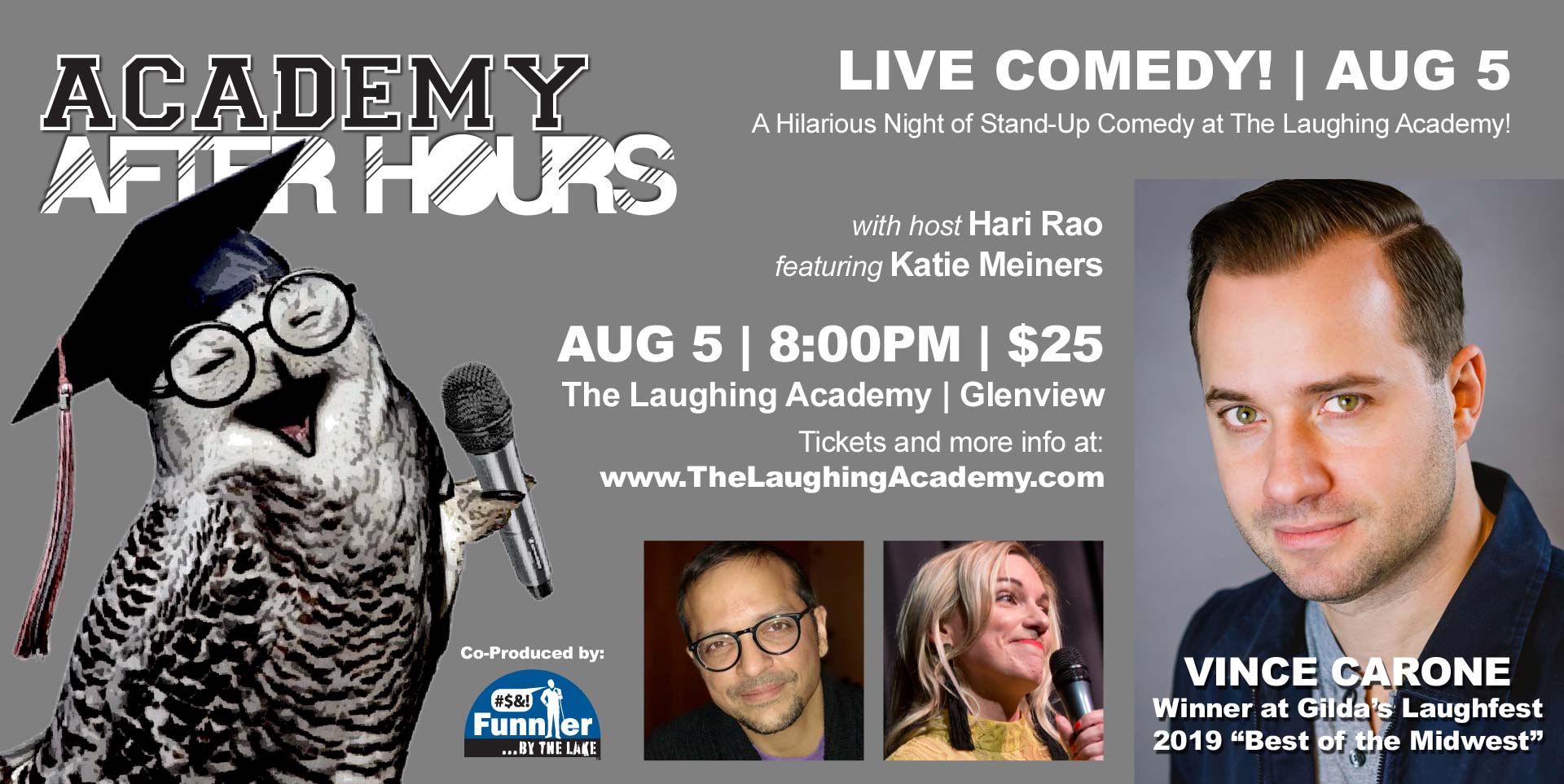 Live Stand-Up Comedy in a real, cool, black box theater. A classic Chicago adults-only comedy showcase without the hassle of commuting to the city!
This show is BYOB so you can enjoy your favorite hard or soft beverages throughout the show!
$25/person (A bargain at twice the price!)

HEADLINER:
Vince Carone is fast-talking, frenetic, and frustrated. He has a quick-witted, fast-paced style that envelops you with an avalanche of punchlines that never stop. He is chaotic, cathartic, and a complainer. But the deeper he delves into his show the more you relate to him, root for him, and feel his pain just as he relives it, night after night. That’s Vince’s greatest gift, his ability to instantly connect with the everyman (and every woman). He sees the absurdities of the world and he rallies against them. Vince says the things on stage you would only dare to speak in a mumbling, hushed tone when no one else was within earshot. Vince has been seen on TBS and heard on Chicago’s Mancow in the Morning radio show, WGN Radio, and the syndicated Bob & Tom show. He has been seen on the internet hit, “So You Have a Girlfriend”. He has released 5 hour-long comedy albums and he runs a podcast called “Peek Behind the Curtain”. This guy hits on all cylinders. He was the winner of the 2019 “Best of the Midwest” Competition at Gilda’s Laughfest. Vince’s show is filled with genuine, heartfelt laughs. He’s fast, he’s furious and he is funny. It’s not just a wild ride. It’s a journey. It’s a whirlwind of ranting, raving, and refreshing material. No matter the price, Vince Carone is worth the admission.

FEATURING:
Katie Meiners is a stand-up comic based in suburban Chicago.  A happy graduate of the Second City Comedy Writing Program (and the University of Michigan), Katie has amassed spectacularly-ranging accolades such as winning Smokebreak, Comedy’s inaugural stand-up competition and placing in the Top 10 in the Freedom Comedy Festival. Katie is a regular at comedy clubs up around the Midwest.
HOST:
Hari Rao’s comedy draws upon 42 years of life experience to highlight the peculiarities of everyday living that we simply accept as given, as well as dissecting his own personal experiences that can best be described as “are you being serious right now?”. His adventure in comedy began in 2016 after graduating from Chicago’s Second City improv program but his experience in entertainment has spanned two decades as a recording artist and touring musician (his band’s song “Rewind” can be heard as the theme song to the ABC sitcom The Goldbergs). More recently Hari has opened for comedy club favorites such as Andy Woodhull and Dwayne Kennedy, and he also became “Verified” by Laugh Factory Chicago’s “Verified Laughs” standup competition show.
Click to follow event on Facebook!