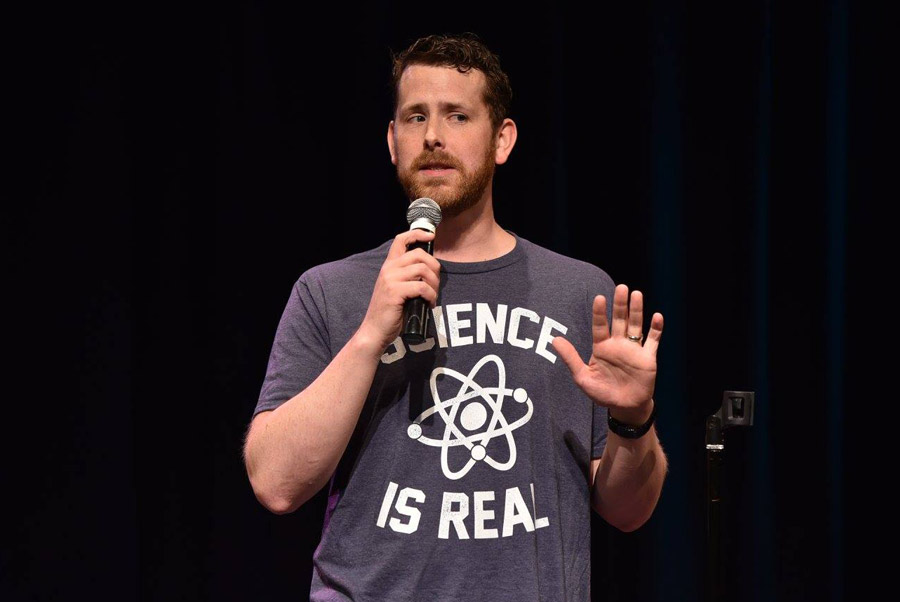 I put off major human milestones in the hopes of the next break in comedy and performing. My wife still thinks it was a terrible prank to take her ring shopping at nine months, and then propose–over four years later. (It was the economy, I swear!) We got married, and promptly jumped into parenthood, because we were madly in love and tired of the brunch scene. I also was ready to write a new stand-up comedy set on parenthood.

Now, on the cusp of my early thirties,

Now, on the cusp of my upper thirties, I have two kids, two mortgages, two cars with temperamental headlights, and a very supportive wife. I was thirty three when we got married and frankly I knew I’d be a fool to sit on personal happiness over professional. Most aspiring comics and performers attempt to avoid family life as it ‘ties you down.’ I’m not Mick Jagger—not even mistaken for the man—there’s no way I’m changing some baby’s diaper when I’m sixty or seventy or however old is Mick Jagger anyway?

When our first kid was born, we were living in Chicago. We moved to the suburbs, to find a house we could afford—and one with a basement that could accommodate my six-foot-five frame. Any given weekday usually starts with me rising and [sort of] shining by five in the morning (because my wife gave birth to roosters). I do the husband/dad morning routine, hit the Metra, be a sales manager for the day, train it home, navigate the emotional roller coaster of two toddlers who are hungry and tired, and me—also hungry and tired, then the bedtime routine.

After the kids have been “managed,” I’ll then write, or hit the gym, and manage to get on stage a few times a week. All the while, I juggle my wife’s schedule, too. Life has been a juggling act for so long that if it got still I wouldn’t know what to do. Thankfully, I function better under chaos.

I’m still dead set on making my life in entertainment, but holding on to reality and responsibility sure isn’t as easy as the cart being upfront, that damn thing is on top of the horse. We’ll be headed downhill soon enough.

Mike Maxwell is a Chicago comedian and regular guest on WGN-720 AM. He’s a featured columnist for the Chicago Tribune’s Redeye newspaper. This May, Mike was one of three stand up comedians selected to the Chicago Nerd Comedy Festival. He has been fortunate to be selected to perform at corporate shows, colleges & universities, comedy clubs, festivals and benefit shows across the world. The Anti-Boss, his one man show, is currently running at The Comedy Shrine after debuting at The Chicago Fringe Festival.